Today, it is not easy to raise a healthy Christian man. After fifteen years, most parents have handed down significant flaws to their boys.  And, many feel out of touch with the decisions their sons continue to make.  Fathers and mothers, from all classes, struggle. If it is not gang violence in our cities, it is substance addiction in the burbs.  Somewhere in the middle, the average mother, who loves her honors son, hopes he feels like more than a proud shelf of achievements.  And, if fathers are happy with their successful corporate sons, they should take a second look.  He is probably not free.  It is the boys who have gone through significant crises that end up truly thriving.  But even our diamonds in the rough seem lost without a map in a trackless desert.

What if mothers and fathers did not have to raise a man alone?  What if the body of Christ could help? What if our church found a way to connect our young men with the influence and experience of our elders? What if we were more proactive, as a community, offering our young Christian men a vision of manhood during an undeniable experience of Christian formation?  What if we could trust that God was transforming our sons’ deepest scars into gifts for the community? 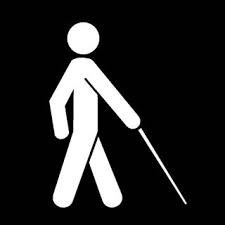 On the day Jesus died, two men appear from under the shadow of the cross.  They are rich men, both with considerable political power.  Yet they were both touched at some point in their past by this son of Man.  One of them was a religious leader: Nicodemus.  We first meet him in the fear of the night.  He visits Jesus.  Perhaps it is their first meeting.  He came with faith.

And almost immediately, as if Jesus trusts him too, Jesus starts talking about being born again, of water and the spirit. For any man who has seen the birth of a baby, it is clear what being “born of water” means.  We all have been born of water.  But what does it mean to be born of the spirit?  We men would do well to wonder this.   Was Jesus thinking about his strange teaching when a few months later he would come up on a broken man, blind from birth?

The disciples were there then and asked, “Who sinned, this man or his parents that he was born blind?” When this young boy found his way into the world by water, how did his parents respond? They they want him? Were they abusive?  We don’t know.  We do know about their answer when the deformities of this boy’s youth had been taken away in the prime of his manhood: “We know this is our son, and we know he was born blind, but how he can see now, or who opened his eyes, we don’t know.  Ask him.  He is of age; he will speak for himself.”

The young man speaks for himself. The authorities claim, “We don’t know where this Jesus comes from.”  His parents were afraid of the authorities but this man who Jesus touched stands up with a bit attitude, “do you want to be his disciples too?”  Then he gets real lippy, “Now that is remarkable! You don’t know where he comes from, yet he opened my eyes.  If this man were not from God, he could do nothing.”  They kick him out.

This young man had been born of water and the spirit.  And I don’t think his being born of the Spirit was primarily about him coming to see who Jesus was.  The young man had a voice now. Something had changed in him, his confidence rose.  This is a man of the Cross.  He stood up in the day to do what Nicodemus could only do by dark.

Prayers of the Saints